In April 2010, an oil drilling rig owned and operated by Transocean Ltd. exploded and sank in the Gulf of Mexico. The accident killed 11 people and set off a massive oil spill, causing catastrophic damage to marine life and imperiling coastal areas in four states. Transocean was operating on behalf of the giant energy corporation BP, who owned the rights to the oil field where the rig was located. BP came under intense criticism from the president, Congress, and the public for what was perceived to be inadequate safeguards to prevent the disaster. The companies involved in the incident may have legal liability for economic damages and clean-up costs totaling billions of dollars. 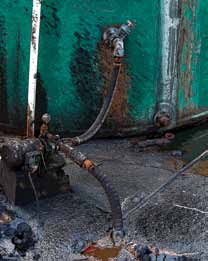 Most U.S. businesses are not drilling for petroleum in an important waterway, but they may still face similar loss exposures on a smaller scale. Millions of companies have fuel storage tanks above or below ground, or transport fuel or chemicals. Manufacturers use a variety of toxic substances in their operations. If any of these substances leak into the land, water or air, the companies may be responsible for very remediation costs and damages. If these companies do not have the right insurance, these costs may drive them out of business.

The standard commercial general liability insurance policy does not apply to most accidents involving pollution. It does not cover injuries or damages caused by the escape of a "solid, liquid, gaseous or thermal irritant or contaminant," nor does it cover any costs the business insures because it was asked or required to clean up the contamination. There are some exceptions; for example, the policy covers a contractor if fuel or fluids leak from construction machinery brought to a job site. It also covers injuries or damages caused by heat, smoke or fumes resulting from an uncontrollable fire. However, the insurance companies that offer this policy do not intend to cover incidents similar to the gulf oil spill.

Some companies offer a pollution liability policy that fills much of the coverage gap. It covers injuries or damages caused by an ""emission, discharge, release or escape of pollutants into or upon land, the atmosphere, or any watercourse or body of water." It defines pollutants in the same terms as does the general liability policy. One significant feature is that it is a "claims made" policy; it covers pollution incidents that occur on or after a date specified in the policy (called the "retroactive date") and for which claims are made during the policy term. For example, if the policy has a term of January 1, 2010 to 2011 and has a retroactive date of January 1, 2007, it will cover a claim made in May 2010 for an incident that occurred in August 2008. It would not cover a claim for an incident that occurred in August 2006.

The pollution liability policy does not cover many of the same types of losses that the CGL policy excludes, but there are some differences. For example, the pollution policy specifically states that it does not apply to property damage to or clean up of a waste storage facility. It also does not cover the business's liability for acid rain or for deliberately failing to comply with government regulations.

Because so many types of businesses use potentially toxic substances (paints, oils, printer chemicals, etc.), the pollution liability exposure is not limited only to manufacturers and energy companies. All business owners should consult with professional insurance agents to identify their vulnerabilities to pollution claims and ways to handle them. The exposure may be manageable without insurance, but the time to find out is before a loss occurs.

Speaking of Oil Pollution...What about
your Home?

Most homeowner’s insurance policies do not include coverage
for costly cleanups from a spill from one’s oil burner. 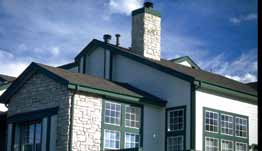 Soon, a new law goes into effect in MA called Homeowner Oil Heating
System Upgrade & Insurance Law. As of September 30, 2011,
you must upgrade your home system equipment to prevent leaks
from tanks and pipes that connect to your furnace. 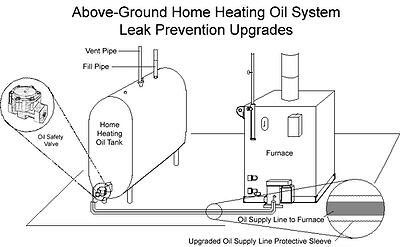 Call us with questions or if you are interested in adding this important coverage
to your home insurance policy–it’s not expensive.

Elliot Whittier Insurance Services, LLC is a local Trusted Choice® agency that represents multiple insurance companies, so it offers you a variety of personal and business coverage choices and can customize an insurance plan to meet your specialized needs. You can visit Elliot Whittier online at www.ElliotWhittier.com, email info@elliotwhittier.com, or call 800-696-3947.